You are here: Home / Chaga Mushroom – Cancer & Psoriasis
Disclosure: Chaga 101 is reader-supported. When you buy through links on our site, we may earn a small commission. Read More... 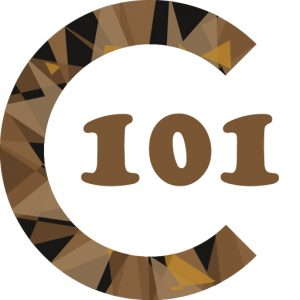 Chaga is known to be very efficient in fighting cancer, psoriasis and other diseases. It is often thought of as “alternative medicine” but it isn’t – the proven high levels of antioxidants (measured on ORAC scale), make it a powerful superfood.

There are many testimonials online but a bit of skepticism is always healthy. There is a lot of hype out there, and you want to make sure that what you read it legit. Therefore we searched all over the internet to find real Chaga testimonials.

In This Page, You Will Learn:

PLEASE NOTE: We do not claim that Chaga is a miracle mushroom against serious diseases. You can read about different testimonials which we pointed out but you should have a healthy level of skepticism.  Chaga has proven effects from plant and animal testing, which may apply to human too. However, every serious diseases (like cancer, diabetes, or psoriasis) have different causes and treatment. For serious illnesses, always contact your doctor and read informational pages (like Chaga101) to get more information about the possibilities of both treatments, drug interactions, and side effects.

How Are Chaga Research And Testimonials Made?

The case you want to prove is that some fungus, plant, or pill can fight against some disease. There is a chain of experiments that need to occur. It’s the same for Chaga medicine. First, you need to show that the Chaga powder or extract can really reduce cancer cells in cell culture.

For it, they test substances on plants or animals, typically mice. If they have an effect, then it shows that it might be possible to have the same effect on a human too. If the Chaga for cancer test shows positive effects to psoriasis or something else, then you can start repeating this study on human patients. These are called clinical studies. To get better results and an overview of the effect, there are always test groups, not just individual tests.

To wrap it up, there has been plenty of real medicine research on Chaga. Let’s see, what are the Chaga medical testimonials.

Chaga is perhaps best known for its ability to prevent cancer, and supplement more traditional cancer treatments. It also stimulates the immune system – if one is diagnosed with cancer, then the immune system gets progressively weaker. There are well-established features of Chaga and cancer. 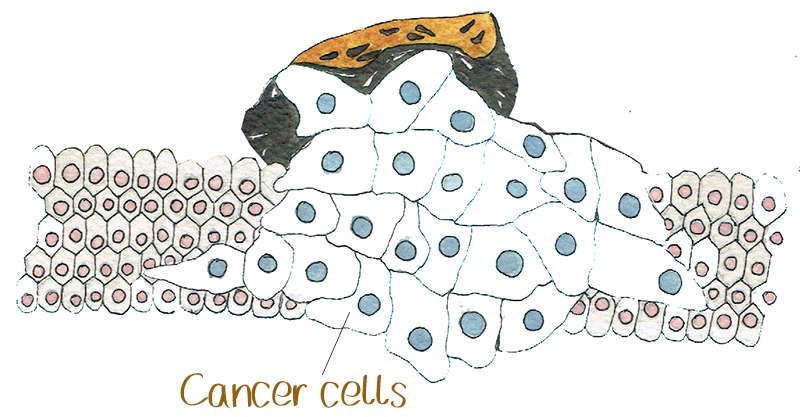 How Does It work?

Laboratory and animal studies show that compounds in Chaga can selectively kill cancer cells.  It also stimulates the immune system. In certain cases, it also can fight inflammation and fatique and increse mental sharpness. However, since every patient is different, clinical trials are needed to confirm Chaga mushroom’s safety because it may interract with some drugs.

See below for these potential side-effects.

One of the strongest Chaga mushroom cancer claims is that it can help fight cancer and other related symptoms. One of the best studies according to this topic was a South Korean study from 2010 by Mi Ja Chung and colleagues. [Source can be found here]

They researched the size of the tumors in mice from three different groups – control and two with different amounts of Chaga extract in the food. The mice in the test group showed significant decreases in tumor size over the control.

This research showed that Chaga cancer treatment has a strong effect on mice that may affect human in the same way.

This Chaga cancer treatment research has been cited over 60 times.

You can read the full research here.

This study, “Cancer Cell Cytotoxicity of Extracts and Small Phenolic Compounds from Chaga”  was made by Yuki Nakajima and colleagues in 2009, published in the Journal of Medicinal Food. The results were quite similar to the South Korean study.

This study tested different amounts of extract and compounds and doses and looked for individual effects on tumor cells. All variations showed an ability to destroy the cancer cells and some showed remarkable specificity in targeting cancer cells while avoiding healthy cells. Specificity is important for any cancer treatment.

You can read the full research here.

Chaga can easily cure or alleviate psoriasis. Best known study on the medicinal use of Chaga on people was on psoriasis.

50 patients were observed (14 women and 36 men) from different age groups:

In 37 of these patients, the development of psoriasis was preceded by gastrointestinal tract or liver disease. In 9 patients, these conditions appeared during an existing psoriasis condition. The other 4 patients had accompanying chronic pharyngonasal cavity conditions.

The psoriasis conditions had preceded the Chaga treatment by:

43 patients started the treatment with Chaga extract paste during the acute stage of psoriasis and 7 during the steady-state stage.

The Chaga extract was heated in a bain-marie (double-boiler) and 1 tablespoon of the extract was diluted in a glass of boiled water at room temperature. Forty-two of the patients used Chaga preparation for external use, 8 were also using one of the preparations for internal use.

It turned out that Chaga was a beneficial psoriasis treatment. There were different types of psoriasis as stated above, but to sum it up the results were as follows:

It turned out that Chaga was a beneficial psoriasis treatment

For the 12 patients who were not completely cured, this was probably related to alchol abuse during therapy. Four of these patients had accompanying pharyngonasal cavity conditions.

To wrap up the results of this study – the psoriasis-therapy with Chaga is especially successful in cases where psoriasis occurs in combination with chronic inflammatory diseases of the gastrointestinal tract, liver and biliary system, which manifest themselves before of during the course of psoriasis. Most likely, the Chaga treatment of psoriasis provides long-lasting remission without any other medication or therapies needed.

Full source can be found here.

There are non-research-based testimonials online that tell us stories. There might be medical suggestions or not. In these cases, we cannot know what’s behind them – is it really Chaga that made the effect, or could it have been the result of other drugs? Was it a placebo effect, or just the natural healing independent of Chaga. So skepticism isn’t bad in reading, but we all need hope in life.

We’ve tried to find those in natural herbal remedy boards on the internet, so they should be neutral. No vendors trying to sell it, no “tree-huggers” or loony alternative medicine lovers and so on. We just tried to get the most unbiased Chaga testimonials online and here they are:

If you have your Chaga testimonials, feel free to write us and we can publish them here (if you want)

In 2013, Russian scientists claimed that they found signs that Chaga mushroom can kill HIV. The group of scientists from the Vector research institute in southwestern Siberia found three types of mushrooms that they thought were promising for the development of antiviral medicines.

Strains of these mushrooms demonstrated low toxicity and a strong antiviral effect that could be used against influenza, smallpox and HIV (which causes AIDS)

An interesting fact was that Chaga was the strongest and most efficient from those three mushrooms. Chaga is widely known in Russia where Chaga mushroom has been well-known for hundreds (if not thousands) of years.

An interesting fact was that Chaga was the strongest and most efficient from those three mushrooms.

Ongoing research may provide newfound hope for people diagnosed with HIV (or AIDS), which is an incurable disease. Roughly 34.2 million people around the world suffer from HIV/AIDS and about the same number have died since the epidemic began. It would be nice to follow up on this study. Again, we remain skeptical.

If this study proved that Chaga really cures HIV, then we would all know about it, and the authors would win a Nobel prize. It is best to seek trained medical help for serious disease. But we remain open-minded and hopeful.

There are also other resources that you can read more about here:

This was not the full list of research and there may be hundreds of studies related to Chaga. Some of them are old and some fresh. The science develops and therefore new aspects are being discovered.

Does Chaga help for health loss?

Chaga mushroom tea is rich in vitamins, minerals and antioxidants. By combining these qualities with the tea’s side effect of reduced appetite, the results are moderate weight loss. Weight loss is all about consuming fewer calories than you burn. That’s how the tea works: you get a few good calories and feel full.

Chaga inhibits platelet aggregation, and clotting of the arteries, assisting in blood circulation. These properties make Chaga helpful for those, who are suffering from pain, neuropathy and diabetes, and may prevent heart attack and stroke. Studies have shown that one Chaga’s component – betulinic acid in Chaga is the ability to break down bad cholesterol. Read more on source 1 and 2.

Due to its immune-boosting and antibacterial properties, Chaga has a long history of supporting gastrointestinal health in Eastern culture. Most ulcers are caused by bacteria such as Helicobacter pylori, which can interfere with a well-functioning immune system. So Chaga can help prevent ulcers by boosting the immune system and fight them with its antibacterial properties. Then the discomfort of ulcers and gastritis can be soothed by Chaga’s anti-inflammatory properties.

One study on the chemical characterization and biological activity in Chaga mushrooms showed very high antioxidant and antimicrobial activity. Therefore, Chaga might have a positive effect in fighting microbes. Source

Free radicals can damage DNA, and as we mentioned earlier, antioxidants can help moderate damage from these nasty reactive chemicals. In one study, the cells were pre-treated with a Chaga mushroom extract, then treated with H202 to induce oxidative stress to cells. The cells pre-treated with Chaga extract displayed less damage than untreated cells. Source

Chaga is often thought to be alternative medicine, however, as you read, it isn’t. There is big science behind the proven effects of Chaga. If someone speaks of Chaga as a magic wand; it isn’t – it IS full of different healthy ingredients that play a positive role in human health. These ingredients are behind the successes.

If you find good case-studies and testimonials that weren’t listed here, feel free to write us and we’ll try to take it in mind and update out Chaga medicine text.

Found It Useful? Spread The Word!

Unauthorized use and/or duplication of this material without express and written permission from this blog’s author and/or owner is strictly prohibited. Excerpts and links may be used, provided that full and clear credit is given to Chaga101.com with appropriate and specific direction to the original content.

The information contained on Chaga101.com is intended for informational and educational purposes only. Any statements made on this website have not been evaluated by the FDA and any information or products discussed are not intended to diagnose, cure, treat or prevent any disease or illness. Please consult a healthcare practitioner before making changes to your diet or taking supplements that may interfere with medications. For more information, please read more here.